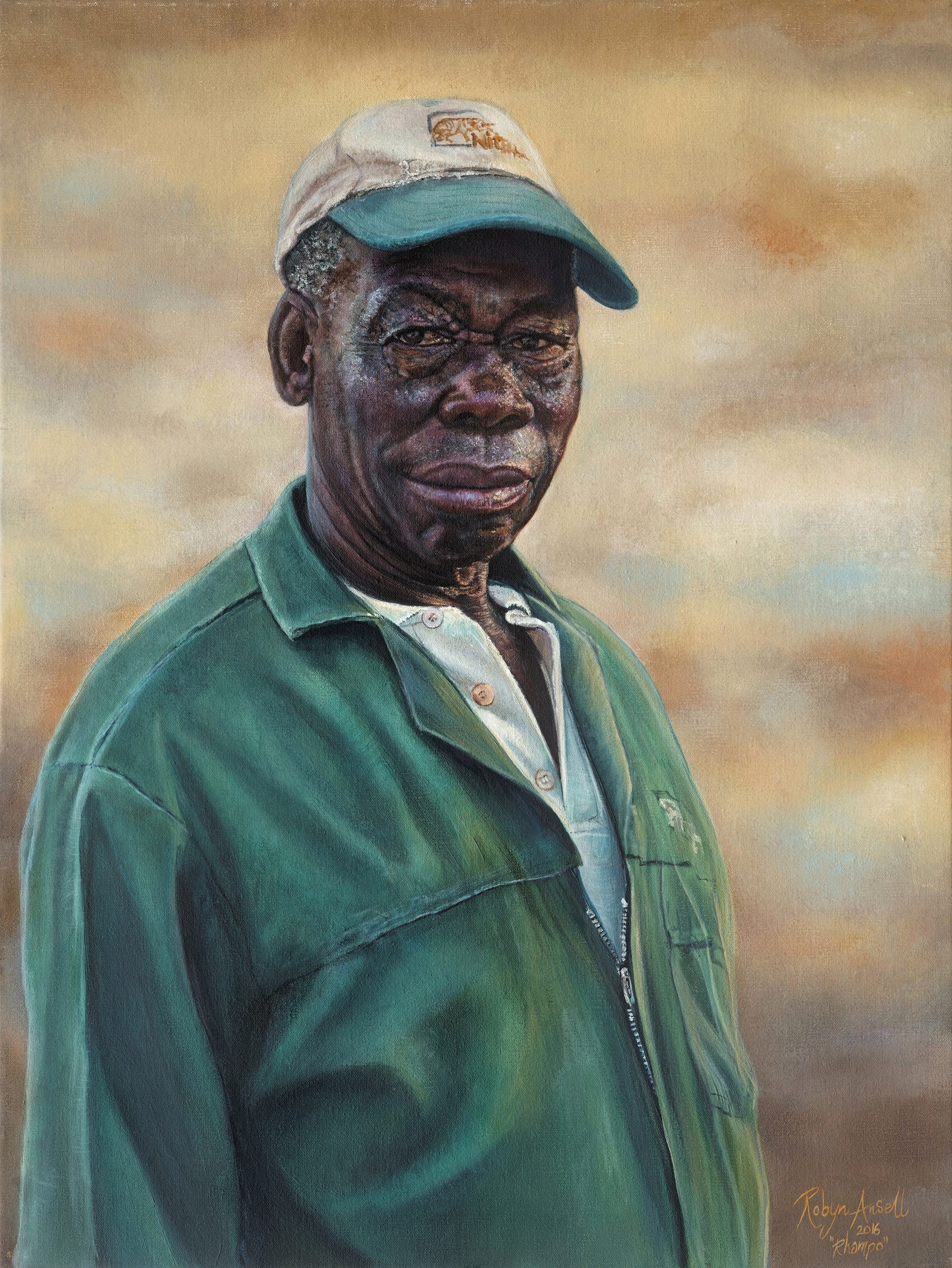 I first met Rhampo when I worked in Botswana’s  Tuli Block back in 2007.

William Thipe Pilane, known to us as “Rhampo” had been the grounds caretaker from 1960 until the land was bought by the owners  in 1985, with the intention of building an intimate 5 star safari lodge.  Rhampo was then employed as the grounds manager.

He was a true gentleman, kind, softly spoken, exceptionally wise and well respected as an elder by all who worked with him, myself included. He was extremely hard working, sweeping the lodge walkways spotless each and every morning, clearing the car park of each and every Mopani leaf and seed pod that dared gather there in the hours between his attendance.

Rhampo had very kind eyes. When he wasn’t working he would sit quietly in the shade, atop an old paint bucket, observing his surroundings, watching over us with a soft smile on his face. I always found his eyes to be reflective of something pleasant, quiet laughter perhaps. He was a patient man, always encouraging my attempts to speak Setswana.  He had a wonderful sense of humour too. We would often end up in fits of laughter when I said something incorrectly in my efforts to converse daily pleasantries in his native tongue.

I last visited Tuli in 2009, by this stage Rhampo had retired and was living happily with his family in his home village near Semolale.

I know my old friend would have been exceptionally proud to have had his portrait painted and I like to think that he would have been pleased with the finished product. I love the subtlety that was captured the day I took the photograph because, Rhampo was in fact an incredibly “subtle person”, in the purest, most discerning and dignified sense of the word.  He was the most subtle yet extraordinarily effective human being.

I love this piece. It is after all the perfect reminder of the most special journey, and the most wonderful old man who showed me what it truly meant to take pride in the work that you do.