I started working on this piece a few weeks back.  I’ve been scouting around for a new leopard image to work off of for quite some time now, eager to track down something rather dissimilar to the last Leopard piece I produced. I eventually came across this beautiful image by http://www.africaimagery.com/gallery/index.php, reference photos by Roger and Pat De la harpe.

I doubt it will come as a surprise to learn that it was the incredibly arresting eyes of the fabulous feline that first caught my attention. But, more than that , her facial expression itself, soft and unassuming ,  found me itching to pick up a paint brush.

Personally, I just think that this leopard has the most beautiful face. This might sound like a rather obvious observation, especially when it comes to describing the face of a leopard… but this particular creature has such delicate features, she’s down right ‘pretty’-  a look that I instantaneously reckoned would translate well on to canvas. In addition to the pretty kitty, it was the bark of the tree in which she is resting that yelled out – “paint me, paint me now”… It looks to me as though the bark belongs to a Marula tree (could be wrong).. but regardless of tree species, it has fabulous patterns and textures and I cannot wait to get stuck in!

To kick-off the painting process,  first came the painstaking task of painting in the spot pattern-  not the most enjoyable part of the process but,  highly necessary (for me anyway). Next, I applied the base layer of paint, trying to pay careful attention to facial shape, shadows and highlights that I want to create/ preserve, while at the same time trying to build up basic fur texture. 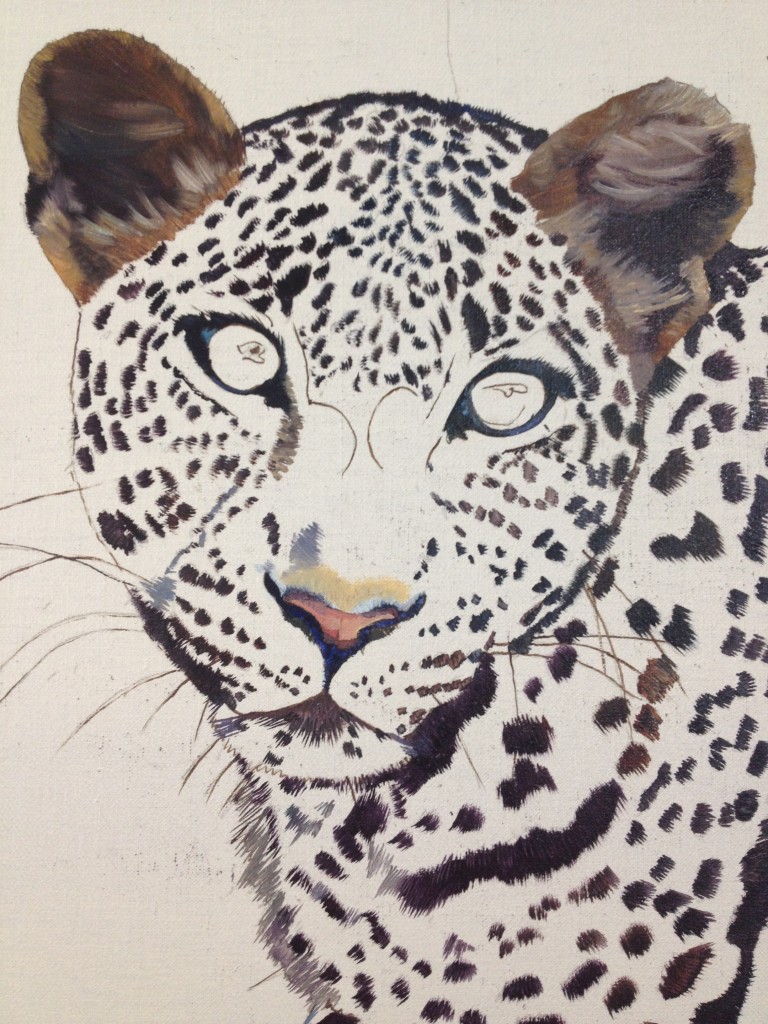 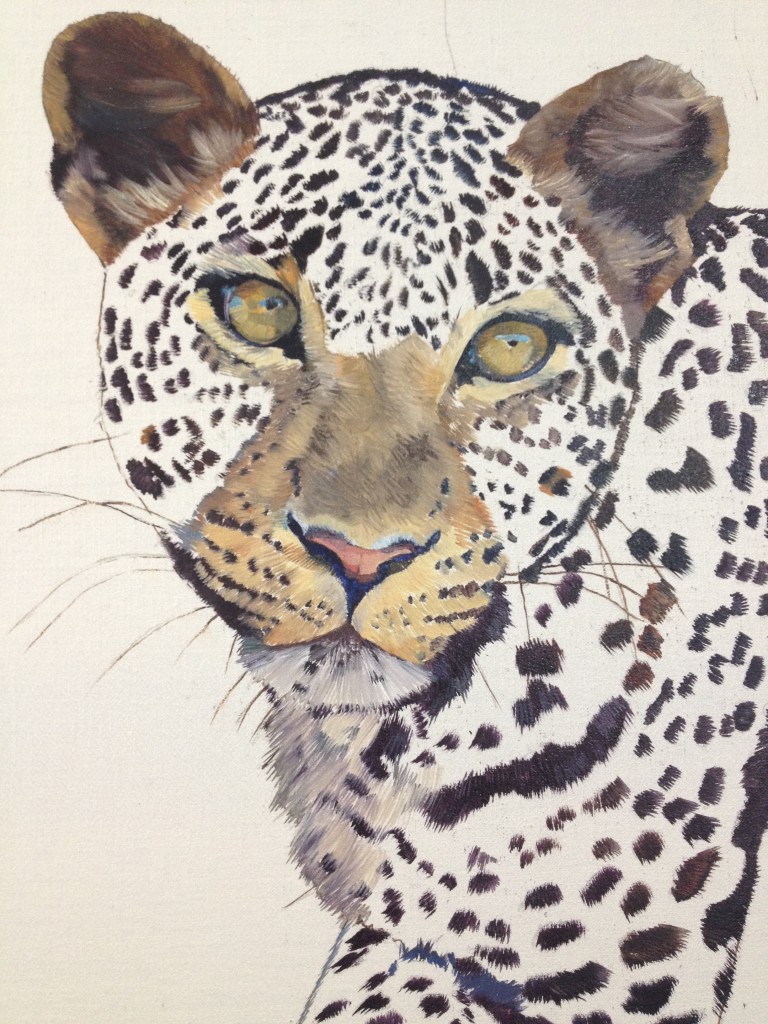 Day 2 saw the completion of the leopard as a whole (base coat that is). I’ll add a second (maybe even a third) layer to the fur before putting down the basic background base coat. In case it’s not obvious, the leopard is resting in the fork of a tree, so the immediate space surrounding her will contain some focused bark detail. I want the leopard’s face to be the main focal point here so, I’m going to attempt try and fade out the detail of the bark towards the edges of the canvas . I absolutely love recreating the texture of wood so I’m really looking forward to getting going with that.

Thank you for viewing, and, as always- I’ll keep you posted 🙂