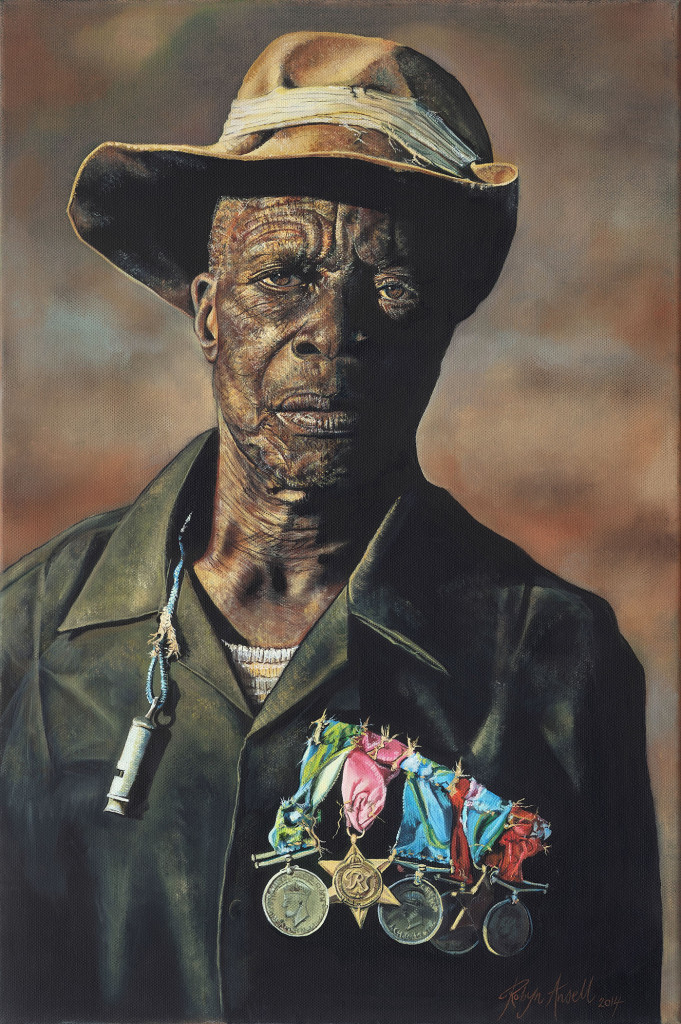 There is an undeniable sense of strength and pride reflected in this man’s eyes, his entire face tells a story.

I was presented with this image a few years back and painted a cropped version of it under the guidance of friend and phenomenally talented artist, Steve Shooter.  Steve has taught me exceptionally valuable fundamentals in the oil painting process and I have huge admiration for his superb work.

The first attempt remains incomplete, never the less it has always been a very popular work amongst those who’ve come into contact with. Last year I decided to paint a new version of the image, on a much larger scale so as to include the beautiful, brightly coloured war medals that were cropped out in the first attempt.

I have made a few changes from the appearance of the original photograph thus adapting it  to my own personal preferences. There is something very severe and harsh about this image yet something so intriguing and appealing at the same time. To me it is an extremely powerful and accurate representation of Africa in general.